What to expect from your emotion recognition software 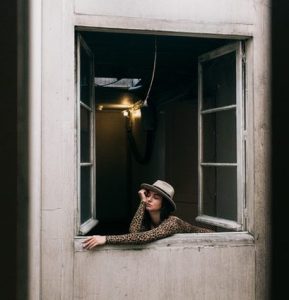 Emotion recognition software like VERN looks for emotional clues in text. What people say, or write down and send to one another, through emails or chats or text messages often contain emotions. Not just strictly sentiment, but the emotions that we are familiar with and would recognize someone expressing them.

Those that are familiar with sentiment analysis are familiar with its ability to discern a polarity within collections of words. It tells you which sentences, phrases, and paragraphs are “positive” in its overall mood. Or, it’ll tag and compare the words of the corpus and find that it’s “negative.” In some cases, you may get an analysis that comes back and tells you that the message is “mixed” or “neutral.” This means that the sentiment analysis tool has found clues in the message that could be both positive and negative. And in the case of “neutral” the tool didn’t find any indication of sentiment either way and could just be a statement of fact.

Some sentiment models add a weight to their analysis, indicating that there is a “strong positive,” or a “weak positive.” This gives you a little more insight into how strong the polarity of the message is.

For this example, we used two different industry leading algorithms to score these sentences. The scores in parentheses are the scores that returned when using them. Here is a sentence from social media:

“Fortunately, I avoided this sort of embarrassment, because no girls ever called me.”

This sentence would be scored as negative with a sentiment analysis tool. The first tool scores this as “Negative” and the second tool scores it as “Negative” as well, with a strong indicator of magnitude. (1 and -1, 0.8 respectively).

We can see that it’s fairly accurate, both sentiment tools register the sentence as negative. Which, most people would probably agree it’s a bit negative.

So how is emotion recognition different?

Emotion recognition tools like VERN accomplish some of the same things that sentiment analysis does. It analyzes the words in sentences and phrases and attempts to find indicators of how people may be feeling by what words they use. But, with emotion recognition it picks up on the more subtle clues people communicate with. So instead of getting analysis simply on the polarity, emotion recognition like VERN can pinpoint the emotions the person was trying to communicate.

Here is the same sentence again, but with identification of emotion:

“Fortunately, I avoided this sort of embarrassment, because no girls ever called me.”

VERN’s software detected that while clues to Sadness were present, they weren’t to the threshold of 51% or greater. However, at 66% Anger there is a stronger indication that the emotion is present. At 51% confidence of humor, VERN is indicating that the humor is present, but may either be veiled or obscured.

What VERN is trying to tell us is that the sentence is a bit sad, definitely angry or resentful, and that there’s some humor present. Which isn’t too far from what you or I would expect to get when we analyze that sentence.

Let’s take a look at another example, also from social media:

“When you lose a person you love so much, surviving the loss is difficult.”

When you have a mixed emotional expression such as this, it is sometimes difficult for the sentiment analysis tools to get what the author means. To you and I, it’s clearly emotional. To a sentiment tool, it has a lot of mixed signals. And, as a result the two tools we’ve used for this exercise scored it as would probably be expected. The first, scored the message as Negative. The second, scored it as Positive and a relatively large magnitude. This shows that analysis of this type is difficult.

We can probably agree that the sentence is sad. Emotion recognition allows you to find the hidden clues in the sentences and be able to tag and track communication that is emotional.

Emotion recognition like VERN allows for the user to get a more nuanced and recognizable emotional detection.

So how could you use this?

Suppose the person was using it to communicate to a primary care physician about some feelings they’ve been having as a result of a screening form or questionnaire. Both examples show how emotion recognition tools like VERN can identify specific emotions in communication, and the patient intake or feedback could be analyzed and flagged for emotional content. Changes in emotional communication types and strengths can indicate problems with the patient, and analyzing emotions improves patient care.

Or, if you were a chatbot developer you could use VERN to indicate when your client’s customers are angry, sad or merely trying to be funny. The additional data inputs give AI bots more to work with and more subtlety to react with. We’ve all had the “bot” experience, and half of us (and our customers) hate them. Most of the time it’s because they haven’t understood what we’re trying to accomplish and only make us angrier trying to “fix” things.

If I was to market a new product, I may use it as a plugin to my market research tools and analyze social media en masse to see if what we did moved the needle. Or, as a proactive tool to monitor the web for signs that your brand is starting to take a hit. Wouldn’t you want to know if more people are talking about you using angry or sad emotions this month than there were last month?

Working with VERN is a breeze. It’s a simple process to register, log into the dashboard and get started. There you can grab your API key from the dashboard, and plug it into your software and get going. In fact, you can do it in under 2 minutes. (Click here to see the video)