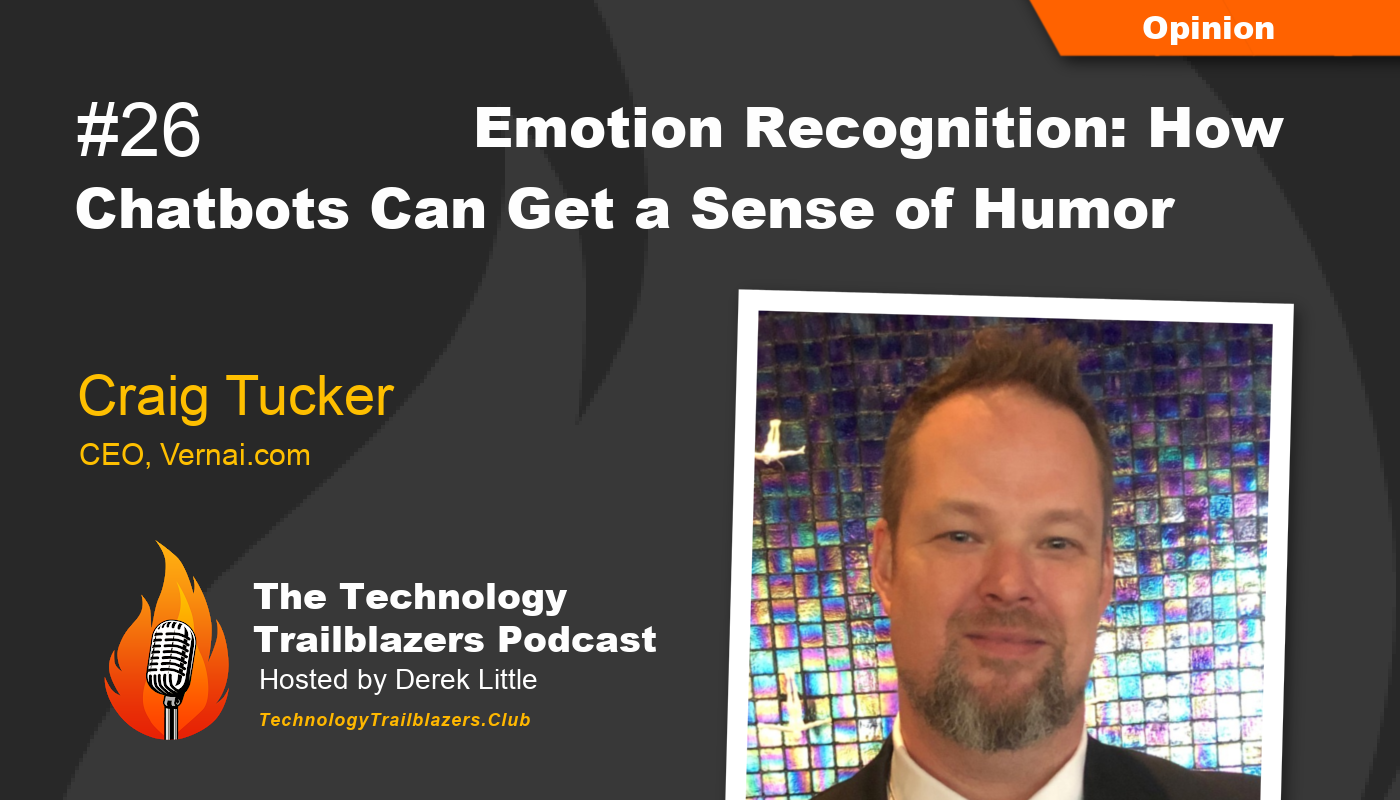 This week VERN CEO  Craig Tucker spoke with Editor-In-Chief Derek Little of Technology Blazers Club about the genesis of VERN and how it works to separate itself from the limitations of sentiment analysis in the market today.

The podcast started off with Mr. Tucker giving his background in communications and computer science and specifically his work solving the problem with the ability of chatbots to understand humor. Once Mr. Tucker developed a successful model for detecting humor in communications, he realized there were distinct parallels in the process of recognizing emotions. VERN’s models were designed with an emphasis on neuroscience, not psychology studies that have proven over two-thirds of the time to be non-replicable. Mr. Tucker went on to explain that the current state of psychology cannot even agree on how many emotions are out there. VERN needed to take a novel approach.

Mr. Little then turned his podcast to the question of how VERN works. Mr. Tucker described in great detail how our brain rewards shared information and in particular incongruities. From early childhood humans are taught to recognize the things that don’t belong. As an example say a person is in a field in Africa and sees grass, grass, grass , lion, grass. The brain chemically rewards us by recognizing the threat and sharing with others. VERN is instantly analyzing cues in communication such as emotives and when there are enough of these combinations to be statistically significant, VERN recognizes the emotion is present.

The next topic discussed was why Mr. Tucker thinks the emotion recognition of VERN is different from current sentiment analysis, as he states an apples to oranges contrast. Right now sentiment analysis of communications produces only 3 outcomes: positive, negative, and neutral. Unfortunately, that provides little actionable analysis and what you do receive takes considerable time. It is also fails to address communications that have multiple emotions as well as complex speech such as humor.  VERN’s emotion recognition analysis gives the user a scored confidence level of single or multiple emotions and  humor in real time.  This emotional quotient is why Mr. Tucker has deemed VERN the next evolution in Emotional AI.